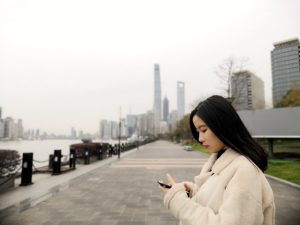 In the midst of a deep down consumer financing crisis by Indian Fintech Startups, guess who is at the Gateway of India, Mumbai asking for NBFC license to operate in the Indian FinTech space. Yes! More than 2 dozen Chinese Dragons are waiting at the RBI gate in Mumbai.

What’s so special about Chinese Fintech Companies ?
Flush with funds, they target customers in the sub-prime segment [No CIBIL Score or a Score of just 500-550] and offer small-ticket loans (mainly pay cheque loans) which are short term in nature and profitable. There has been a regulatory clampdown in China last year which has forced them to look at other markets and India is a natural choice. These Mobile App based Fintechs begin their lending to customers with ticket size as low as Rs 1,000, which later is increased to Rs 5,000 when the borrower repays the first loan. The amount is further increased Rs 10,000, and finally Rs 45,000 [ $500 approx]. The strategy is to gradually migrate the borrower from a payday loan to EMIs over six, nine or 12 months.

India is today what China was 8-10 years ago with a huge smartphone penetration, cheap data, and a growing digital footprint in the financial sector. This is what is driving them to India

Dragons are Dare Devil Businessmen
They first setup a company in Singapore and fund it from their Chinese company. Incorporate a company in India as a subsidiary of their Singapore company. This is the modus operandi Xiaomi opted for Indian venture which now clocks an yearly sale of USD 8 Billion in India. They appoint an Indian as its CEO and do the Technology Transfer from China and rollout their operations. Chinese Fintechs aspire to get approvals as early as a fortnight and thus are looking for legal firms and NBFC partners. They are willing to put capital to learn the Indian market, experiment, see some volumes, gather a lot of data, and don’t even care about defaults.

Business Models of Chinese Fintech in India
No Big Indian Banks or NBFCs will entertain these Chinese Startups. So they catch hold of a small NBFC and assure Loan Default Guarantee (LDG) to the NBFCs. NBFCs then lend to the borrowers originated on the Chinese fintech platforms, they get about 25% as LDG which makes sure their losses, if any, are covered.

In the second business model, Chinese Fintechs with deeper pocket bring in equity as FDI into India, parking the equity as security with companies that offers NBFC as service and then lend using the Chinese Apps. Indian NBFC will suffice the regulatory requirements.

However, with India’s strained relation with China over the Border issue and retaliation by Indian Government on Chinese Mobile Apps like TikTok, they will face a rough road ahead. Adding to their woes is India’s strict regulatory regime and stringent KYC norms. Also, bringing money to India via the Singapore route is not as easy as it may sound any more.