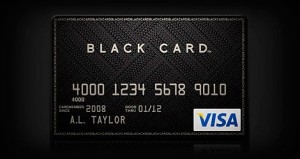 Silicon Valley innovator Apple Inc has unveiled Apple Pay electronic Payment Platforms using SmartPhones and NFC threatening older and established players like VISA and MasterCard. We analyzed on if it will be a threat in disrupting the card payment industry and here is our finding. Unlike PayPal, Apple Pay is not a P2P Payment mechanism.

One must appreciate how critical the payment networks(VISA) are in facilitating Apple Pay and how tokenization furthers the importance of the networks in the payments ecosystem. Given the value add of tokenization, we also believe it could be a modest revenue stream for the networks.

About 15-25% of merchants in the US have NFC today, though 80%+ of US point of sale terminal shipments are EMV and NFC enabled. Some merchants already have NFC but have disabled the functionality. In markets such as Australia, NFC penetration rates have reached north of 40% for Visa, which shows the consumer acceptance of this form of payment. In our view, we would not be surprised to see 80% of merchants have NFC by 2017 due to EMV and Apple, even higher on a % of spend basis.

Apple’s approach to payments was structured attractively as it included the top card issuers and their plan not to retain transaction data nor include ACH was less threatening to the industry. Visa mgt believes Apple does not have any intention, even longer-term, to include ACH. Banks also like that their brand is prominently displayed when paying and they are still in control of the process. And VISA has developed functionality to enable smaller banks to quickly be added to Apple Pay.

In an effort to reduce fraud as card credentials are loaded in more and more devices, the payments industry is introducing tokenization for ecommerce transactions [akin to Generating NetSafe Card]. Tokenization simply uses a 16-digit digital number that is different than the actual card member’s 16-digit account number. iPhone transactions at the physical POS (point of sale) will also utilize tokenization. The generation of the token cannot be mathematically reversed. These tokens will support multiple types of payments including one-time authorization, capture and settlement, recurring and subscription billing, credit and partial credit, split capture, reauthorization, and standard checkout.

Bank issuers have publicly stated in press reports that these transactions will be lower yielding for them. While on the surface this appears to be a negative for the banks, keep in mind there are some less obvious benefits to the bank issuer. First, Apple Pay will increase customer use of mobile banking, which has been an important push for banks. And the bank could provide real-time revenue generating offers to their customers. One can expect a potential surge of in-app transactions could also provide revenue opportunities for banks. Lastly, Apple Pay should disintermediate some level of cash and ACH transactions (i.e. micropayments) which will boost electronic volumes. Touch ID fingerprint technology will also help reduce fraud expense for banks. Keep in mind, however, Touch ID is not an authentication process that goes to the app or bank. It is another secure element on the phone.

Thus is is A Win-Win for Both Apple, VIA and of course the Consumer who actually uses it 🙂