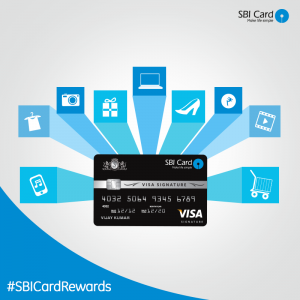 The Indian Banking Regulator – RBI publishes Master Circular for Credit Card Operations in India binding on the Banks / Financial Institutions. However, there are lot of shortcomings in the Notification especially when it comes to Late fees / Over Limit Fee levy. RBI without going into the details just asks the Bank to be Fair in its Practices and give Unilateral Powers to Banks without approving Card Members Agreement which changes quite often at the will & wish of the Bank. Most Banks Like HDFC & ICICI use Algorithms to maximize profits and this leads to Grievance in which Consumers are always at the receiving end. Let us discuss this with a case study of our reader who has enlightened his plight of misery with SBI Cards.

I am briefing my SBI Credit Card Issue again. Please read it once. My SBI Credit Card number is 4317575649508471. I missed my payments as SBI is charging interests on product purchased which are not billed as per the bill cycle. I tried to clarify same by SBI call centre / email support, but SBI was not able to resolve the issue that’s why I did not pay any further bill because SBI did not clarify anything. In the month of may, on 20th may 2014, Yogesh, an agent from SBI team Mumbai called me from the number +91-8451057323 and offered me settlement for my credit card. He told me to pay 600 on same day and for the rest of the amount he will waive all unnecessary interest charge & provide me the calculated fair bill by the 20th June 2014. I paid same requested amount 600 same day. (receipt attached) I agreed on his terms of providing the fair calculated settlement bill till 20th june 2014. He even committed that If he doesn’t provide the necessary bill for settlement till 20th june 2014 then I don’t have to pay anything. I have the audio clip of that agent yogesh with me. My phone has recording of all the phone calls so I collected that particular recording as a proof. After 10 minutes & 20 seconds of that recording yogesh’s commitment can be heard clearly. I forwarded my issue along with the recorded audio clip to the SBI CEO & Nodal officer and tried to coordinate with them and make them aware about their credit card’s team’s issue and harassing me for the same. Since last month I am trying to get out of this issue by contacting all SBI people & nodal officer but nobody is responding. Sometime he says that he is not able to play recording, even all email recipients from SBI were making same excuse that they were not able to play the audio clip, I sent them the audio clip in all compatible format but they told same issue. I also told them to send the audio clip through phone on personal number but nobody bothered to give personal numbers. Overall they are avoiding that particular audio clip to save their SBI agent Yogesh to make their image clean in front of all.

In this backdrop, I raise the following questions to the RBI as a Consumer,

I’m sure for all these questions, the regulators answers are vague and they point to some clause in the Master Circular without answering clearly to the issue raised. Can ou think of More Questions, let us ask the RBI on what it has got to say, do write to us by e-mail – feedback At cardbhai.com ?