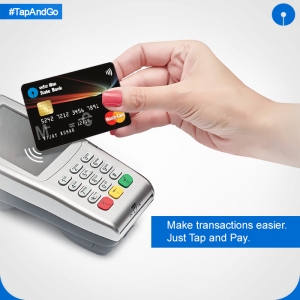 A reader of our Financial Planning and Consumer Advisory Services has written his plight on how SBI GE Credit Cards division has duped him. The intent is to serve this as caution advisory on Banking Practices in violation of the RBI Guidelines.

SBI has started sending me statements charging fines on fines for the credit card which was never delivered, even when I had paid for it. They had forfeited my reward points without giving me any intimation and kept on lying that scheme continued when there was no scheme. Imagine when a complainant is a simple common man who can pursue with you or them, he must be ending up paying them extortion money to buy peace making them rich and comforting you. SBI Cards are the people who don’t think there is any consumer law in the country and they firmly believe that they can arm twist people and extract money from them. They are the people who can 1. Sell you a card even if you don’t want. 2. Ask you to pay even if they don’t deliver the unwanted card 3. Charge you fine, if you don’t pay for the undelivered card/services. 4. Even when their superiors apologize and close the complaint, they will keep sending reminders asking you to make payments with fines. 5. Have no coordination amongst their departments, where people sending bills don’t know goods haven’t been delivered, people selling schemes don’t know schemes have been revoked, people delivering services don’t feel need to deliver, people recovering non-existing dues feel they are above law, Seniors keep saying sorry as token while extortion continues. 6. Who can forfeit your reward points, digest your money without delivering anything, without informing you and on top of that can become your boss and order you to pay, saying fuck the consumer laws.

What can one do in such a Situation ?
1. You are not supposed to pay for the Credit Card which you have not applied. The onus now lies on SBI to prove that you have signed the application.

2. By Paying it sends a reasonable amount of doubt that Consumer has opted for Credit Card and now wanting to wash his hands off.

3. If you have really not applied for any card, then don’t even pay a Single Paisa to the Bank, by paying so you will be shooting yourself in the foot.

4. Finally,refer to Section 8 of the RBI Master Circular on Credit Card and draft your defense. The bank has to reverse all the charges and update the same with Credit Bureau as well.