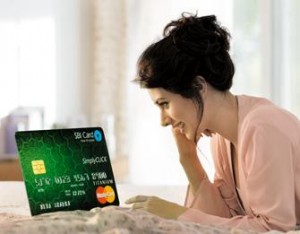 In the last 2 years we have seen increasing number of Frauds that has happened with SBI Credit Card Consumers. We first alerted our readers about the IVR Credit Card Fraud in Nov-2013 and since then it has only grown as you can read here about SaporDeals and again here on SBI Cards.

Today a reader of our Advisory has written about IVR Fraud by Intouch Concepts / MedCare India operating from New Delhi. He writes as follows,

This is regarding the fraud transaction happened in my card last month. I received a call from a lady saying that she was from SBI and offered me an add-on card with some free gifts. They connected to SBI IVR to get the relevant details from me and deducted money. I was under the impression that the call is from SBI due to the IVR messages. I had seen that the amount 7999 is deducted from my account (from INTOUCH CONCEPTS IVR WWW.MEDCAREIN IN on 19/10/2014). I received a package with some papers and a faulty watch. The below is the address of the firm that deducted the money illegally. When I searched internet, I could see that they did the same fraud to other customers as well. Below is one of the links on their fraud http://www.grahaksuraksha.com/intouch-conceptskamal-bhardwaj-complaint/ I have their contact details with me and called them. But they denied everything. Below is the address. I also followed up with SBI on investigating the fraud. I attached the credit card statement as well as the complaint to SBI. I request to take necessary action. Intouch concepts Add-45/10. Ashok Nagar, Tilak Nagar New Delhi 110018 Ph 09213313354

Are the Delhi Police and Investigating Agencies of the SBI Sleeping ?
Why is this IVR Fraud happening to SBI Credit Card Customers only ?
Are Employees of SBI Card Involved in Leaking Data ?

What are the Rights of Indian Consumers who are Victims of IVR Credit Car Fraud ?
1. Immediately Block the Credit Card and ask them to re-issue a new one with new number (if you want it again, some say they are fed up with the system and want a way out)
2. Also e-mail the same to SBI Customer Care as you have told over the phone so that you have a documented evidence.
3. Dispute the Transaction stating that it was a Fraud
4. Fight you case using the Guidelines of RBI during credit card frauds

If you have any further question, please post it on the India’s Best Credit Card Advisory Forum – CardBhai.