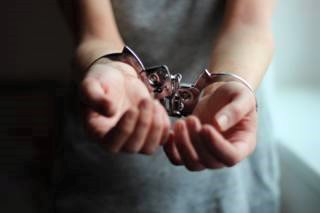 We exposed the SaporDeals Online Fraud and since then we have been getting e-mails requesting to report the matter so that this can save other potential customers from going to this fraud website.

Pradeep Kumar Sharma, a Reader of our Advisory services has shared how he was taken for a Ride by SaporDeals.

I want to alert all readers that some part of my personal information of my SBI Credit Card was leaked and used for mis-selling of items by M/s Sapor Deal Karnal Haryana to me. On 13.01.2014, one phone call came on my mobile phone by a sales girl of above company, she told me that she was calling on behalf of SBI Credit Card department and told me that a credit card was issued in my name which would give me 25% discount in online purchases. She wanted to verify all my personal information & also send OTP password on by register mobile no. then another man Mr Rakesh Gupta took phone from the sales girl, he also verified all my card details then he offered me complimentary shirt & shoes. I refused this transaction but he said that this transaction has already been made hence cannot be cancelled at this stage. After heavy discussions, he told me that after receive of the parcel th call him after that he would entertain the cancel request.


Next day I received a SMS from M/S Sapor Virtue Deals that my complete package will be delivered to me in 15-20 days. Then I checked online card statement and found that Rs 7890/-have been deducted on the behalf of M/S Wealth Planner Associate Karnal from my account. I called SBI customer care to stop this transaction but he shown his inability told that he can’t stop this transaction of Dated 13.02.2014. I received the parcel than I again called Mr Rakesh Gupta. He told me that incorrect parcel has been sent to you. So he would send correct parcel again which you would be received within 7 -10 days. After that he would canceled my deal. About 25 days have already been passed but neither have I received correct parcel nor money back. Now he is also not attending my phone call. I doubt someone from your section is also helping these people. Please take strict action against these fake marketing companies and also for return of amount deducted from my account. Kindly take this matter MOST URGENT. Company Name: Sapor Deal. Marketing By: Wealth Planner Associate, Karnal 132001 Phone: 8930105354, 09212416686, +911165677443, +911164738584 Email Address:info@sapordeals.com

What You can do if you are a Victim of SaporDeals / Tele-Marketing Credit Card Fraud ?
1. Immediately call your Bank and Block the Credit Card and take an acknowledgement number.
2. In addition to calling and blocking, if you can shoot an e-mail to the customer care of credit card, do so by telling them to block your card with immediate effect.
3. Despite this if the transaction occurs on your Card statement, then dispute it as per steps highlighted here.