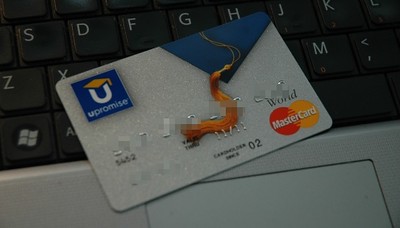 Major players entered the Indian Plastic Money – Credit / Debit Card race only in 2002-03, even though the industry began as early as 1992. The first leg of growth took place during 2003-08. The introduction of lifetime free cards, coupled with an absence of credit bureaus, had dire consequences that played out during the global financial crisis. The industry has evolved today and the learnings of the past have paved the way for the next leg of growth, which is taking place right now.

Credit Card penetration in India is still extremely low at ~4-5% and one expects a few more years of strong growth in card additions. Credit Cards have growth ~3X in the past three years to ~46 mn while debit cards have grown even more rapidly at a ~48% CAGR to ~900 mn, the latter fueled primarily by demonetization and the government’s financial inclusion drive. Plastic Money spends per month have also grown at a similar rate and are now ~Rs550 bn on credit cards and ~Rs500 bn on debit cards.

Future of Credit Card in India
India transformed to digital payments in a big way. This was initially seen with payment systems like wallets and QR code based payments, with merchants eventually moving to POS terminals. Credit cards stand at the end of a consumer’s payment lifecycle and will always prevail by virtue of their dual roles as payment as well as lending products that are universally accepted. Customer acquisition is the biggest investment taking place right now. Contactless payments will give a big boost to small-ticket payments. Co-branding and e-commerce partnerships will continue to drive issuance and spends while transaction data and spending patterns will help with quality issuance at a lower cost. Hardware will give way to software-based payments in the form of mobile / tokenization based systems like Samsung pay, with voice-based payments eventually catching on.

Where Indian Consumers are Spending with Plastic Money ?
Utility Bill Payment has seen the strongest Growth. Travel still remains strong and although the number of transactions has declined, the average ticket size has gone up. Education and entertainment are seeing 35-40% growth. Consumer durables and Jewellery look weaker.