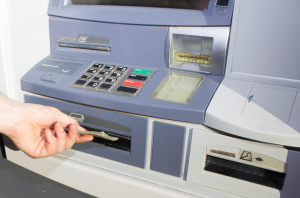 India has seen explosive growth across all digital channels i.e. POS, credit cards, debit cards and wallet payments. However, currency in circulation (CIC) has grown from Rs17 tn in 1HFY17 (pre demonetization) to Rs21 tn as of FY2019, thus signifying that despite increasing digitization of transaction, cash remains core for the Indian economy, large amounts of cash is used for Corruption by Politicians and Government Officials.

The ATM Demand – The quantum of ATM transactions have increased substantially over the past few years, especially in semi-urban areas. This is driven by government initiatives like PMJDY and DBT scheme etc. These demand levers lay a very strong foundation for future growth in ATM infrastructure.

Transaction Volume per ATM vs Geographies – The average number of ATM transactions in a metro is broadly the same as that in a village due to higher ATM penetration in metropolitan cities. Also, the number of daily transactions has increased considerably over the past few years, thereby reducing the time required for an ATM to break even for white label ATM providers. A total of 816.5 Million Transactions happened in ATM in the month of May 2019 (Cumulative Count of Debit + Credit Cards used at ATM) for a Total Amount of Rs 2.946668 Trillion. Thus the Average Withdrawal Amount Per Transaction in Indian ATM is Rs 3608.45.

Largely Indians still believe in Cash is King and the change will happen gradually as the millennial generation is widely using their mobile wallet for payment compared to their predecessors who relied on Plastic Money. However, Rural India will take its own sweet time to catch up with the rest of developed India.