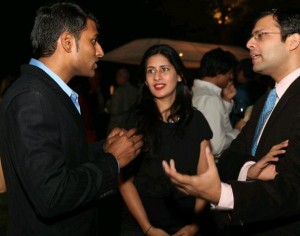 One should not hesitate to extend credit when it is due, yes we are talking about the Government of India and RBI which needs to be given its due share of credit who were instrumental in pushing banks to give more data to CIBIL and keep cleaning the data time and again. The Credit Information Companies Act passed in 2005 has made it mandatory for banks to check with any one credit bureau for any loan application they receive.

Earlier data used to be given on a quarterly basis by PSU banks whereas now banks give data on a monthly basis. So the frequency has increased. Secondly, the regulators have allowed the bureau to capture even positive data i.e. even well performing customers/records. There are many countries where law allows capturing of only default data. For eg Australia is one country where the credit bureau despite being so old is finding it tough to garner positive data. In big markets like Brazil there is a negative only credit bureau.

How Banks and Credit Bureaus Manage Discrepancies and Disputes with Customers / Consumers ?
Every bank now has a dedicated team and a nodal officer whose primary responsibility is to liaison with the bureau and ensure data quality is good.

How CIBIL Helped Banks Shape Up Retail Loan Assets ?
CIBIL also has a mortgage repository which does collateral mapping and has close to 8.5mn records. This has helped several cases of fraud detection like individuals using colour photocopies of the sale agreement and borrowing against the same property from several banks. There have been cases where multiple branches of the same bank have given loan against the same property which CIBIL has managed to detect.

CIBIL also has a fraud repository which captures frauds, suspicious activities and has close to 0.1mn records there.

The hit rates (matching rates) have increased from a level of 30% seen 5 yrs ago to current around 70-75%. Developed markets like US have hit rates closer to 85%. In India, hit rates in products like credit cards are closer to 90%. In segments like two Wheelers hit rates are low at 30-40%.

Finally, the credit scoring model has also helped and now closer to 62-63% of customers who have been given home loans have a score of above 800 (the maximum score being 900) which is a very good score.