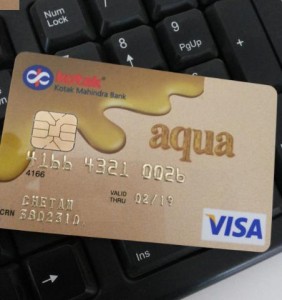 Kotak Mahindra Bank is the latest to expand its credit card offering but with heavy charges at every step you default. A reader of our Site writes to us about his woes and seeking guidance in using the Kotak Credit Card as follows, [73929]

I had applied for a Kotak Mahindra Credit Card in the month of June and I received the card in the first week of July. I used the card and kept on making the payments on time. Everything was fine. Due to some reasons, I had to switch jobs, due to which the date of my salary changed drastically. From 7th or 8th of the month to 28th of the month. I was worried because my whole billing cycle was disturbed. I tried contacting Kotak Mahindra Bank’s Customer Care, on the number 1800 102 6022. They call it a 24 hours helpline. I call it a deadline. Nobody ever answered the phone, due to which I was unable to change the billing date and consequently I was unable to make my minimum payment next month. They charged me Rs.2000 for a failed auto debit, which I never set and levied late fee and interest as well. I tried contacting them again and again on their stupid number but nobody answered. I was only contacted by the collections department who said, they are from different department and cant help me and asked me to pay. Repeated attempts to contact them and change my billing day failed. The collections people started coming to my home and started harassing me and my family. They refused to leave until I gave them a cheque of certain amount. It was really embarrassing and I can’t explain how mentally harassed I was.

I want a written apology for all the harassment they levied on me and my family. I have already paid half the amount to them, I don’t want to pay anything else. They have caused me enough mental harassment and embarrassment. I want to get rid of them.

You should note that they take Auto Debit Authorization at the time when they issue the Credit Card [In the application Form, it is checked]. There is no way to cancel the same and even I have personally faced this issue. Kotak Bank’s IT System are so poorly designed that even when I have paid the amount in full, they Auto Debited the minimum due amount and I was surprised how can they do it ? I eventually stopped using the card.

The sorry side of Credit Protection Laws is that they are heavily skewed in favor of Banks issuing the credit card and consumer always stands at the receiving end. If you stop paying the amount that is due, they will upload Negative Remark on your Credit Report at CIBIL. So instead, file an appeal with the Kotak Mahindra Bank Ombudsman and if not satisfied, go for higher appeal with the RBI Ombudsman. While the matter is pending with Ombudsman, keep paying the minimum Amount due and clearly mention in the letter that you are forced to pay Minimum because there is no way to rectify a damaged credit even though the fault lies with the bank.

Never your account within 2 years of opening the Credit Card as it will negatively affect your credit score. Hope this explains the correct procedure.