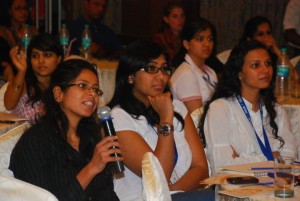 Indian private sector banks are focused on retail lending, largely on account of process-driven lower turnaround time for lending decisions in the retail segment. Bureaus such as CIBIL, Experian and Equifax have played a key role in meaningfully reducing the probability of adverse selection by lenders, facilitating more sensible targeting and deeper mining of existing customer relationships. However, in the current cycle, the thrust is equally split between secured and unsecured (50:50) in contrast to 2007 where the mix was skewed towards unsecured (nearly 70%-80% of the proposals during 2007 were unsecured in nature).

Indian Credit Bureaus, CIBIL, Experian and Equifax also believes that banks are more comfortable in disbursing top-up loans on an existing loan product resulting in rising leverage, although not as elevated as 2007 levels. This corroborates with our observation that “personal loans” is the only segment where YoY growth has been higher in April 2013 (compared to April 2012) despite a weak macro. CIBIL asserts that retail asset quality being resilient in the current economic downturn should not be a surprise given that India’s retail credit as a proportion of GDP is relatively low and hence not necessarily correlated with the overall macro environment.

Retail delinquencies remain at historical lows, driven by increased collection efforts symptomised by rising cost of collection. However, pressures on the shorter-term collection buckets are offset by better collections in longer-term receivables. Barring CVs, delinquencies are holding up in most of the other retail segments, including auto loans. CIBIL expects delinquencies to inch up from current levels as banks chase riskier segments for growth (credit seekers that are currently being rejected) compounded further by greater regulatory thrust on priority sector lending.

CIBIL insists that restructured loans remain a swing variable, with the next 6-9 months likely to dictate the direction and quantum of delinquencies as earlier-vintage restructuring. We believe that, Indian private sector banks that have a sensible business model and a sizeable proportion of their loan book deployed in retail assets are capable of withstanding the current
crisis relatively better than their peers.