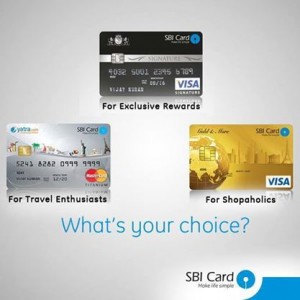 A reader of our Esteemed Advisory Services is a victim of Fraud by SBI Credit Cards division to which he has disputed and appealed the case. However, SBI Cards is unwilling to investigate the case even though they have acknowledged payment to a non-existing company [company just on paper]. There are several mistakes on part of the SBI Cards Division as well but they are not willing to accept the same. We’d like to share the same with you all so that you beware before disclosing Credit Card Data to unknown persons via Phone call or e-mail or Mobile SMS etc.

The letter written by Mr.Amit Kalra is very, very vague & routine in nature and proto copy of his earlier email communications with me, but for the Investigation and confession, of SBI Card team’s findings that GNG Electronics is not in existence at all.

As per their own Confession that GNG electronics is a Non-existent Company / Firm and they have made payment to such non-existent Company / Firm. But, SBI Cards is insisting on the SBI Cardholder to pay for their mistake. Is it Justifiable? So, they have to introspect and try finding permanent solution for non-occurrence of such incidents to any Credit Cardholder in future.

RBI insists on prior approval of such Merchants by SBI Cards. It is the Primary duty of SBI Credit Card’s, to ensure that the Cardholder’s Money reaches a Legal ENTITY only. If SBI Cards distributes the Cardholder’s Money (ultimately it will be debited into the Cardholder’s Account and to be paid him alone) to whomsoever, unknown persons like Tom, Dick and Harry and GNG Electronics like unknown entities.Whom the SBI Cardholder should believe? So, SBI Cards has failed to take due care and diligence before approving such Non-existent Merchant. It is SBI Card’s fault. Why the Credit Cardholder should pay for SBI Card’s mistake?

1. I neither had the intention to renew nor to request SBI cards for enhancement of my credit limit. Except at the time of applying for SBI Card I have not written any letter or communication to SBI Cards at all.
2. For more than 1 year I had not used the SBI Credit Card at all but was paying the insurance and other charges as they were minimum since SBI card people had offered the SBI credit card free of annual maintenance charges for life.
3. In their letter dated 6th June 2013 which was written for eye wash purpose, to show to RBI hat they have complied with RBI Guidelines, in which they have referred to my earlier communication which is FALSE, CONCOCTED.
4. SBI cards / Staff has intentionally omitted to mention in its letter dt.6th June 2013 MY Contact details and Phone/Mobile Nos. available with them, on which, their representative failed to contact. By not mentioning the Nos. clearly they have violated the RBI Guidelines, to Protect the Right of Privacy of the Cardholder which is VITAL for Cardholder to confirm himself that the information on which his entire liability depands are Genuine.
5. SBI cards / Staff has updated MY VITAL DATA without my written permission with malafide intention of duping only. This is also against RBI Guidelines.
6. The SBI cards is SOLELY RESPONSIBLE to for Non- fulfillment of all KYC requirements every year because he will be liable to make payment based on that information which the Cardholder should submit in writing only before issuing new card.
7. SBI Cards has failed to help the State Investigating Machinery i.e., the Police at right rime in providing details of GNG Electronics etc in time and even the SBI cards Local Hubli chief failed to cooperate with police by not giving details when he was called to Police Station shows its casual / not so serious attitude in addressing the grievance of cardholder which is highly condemnable.
8. Neither SBI cards Investigate the dispute seriously nor help Police to Investigate it, but SBI cards’ only chants the mantra “ as the transactions are done in 3D Secured environment you are liable to pay ” slogan every time. How can it be 3D Secured when the VITAL DATA itself if manipulated without the Cardholders knowledge before the transaction took place?
9. Inspite of my repeated complaint to sbi cards about the Mobile No. which was harassing me in the name of SBI Cards, why they hesitated to inform me, that it is to the Mobile No. entered in SBI card’s records as my Mobile No. and to which they have sent confirmation SMS / OTP etc. so transactions are done under 3D Secured Mode. Why SBI cards has not mentioned that No. in any of their communication with me for almost One year? Am I wrong to suspect their involvement in this Fraud?
10. In their email letter dt.2-1-2014 SBI Cards has written, “ Considering the gravity of issue addressed to us, as a service goodwill we would like to inform you that in case you wish to settle the outstanding on your SBI card account, it may be settled for Rs.85000.00 against the total outstanding of Rs.1,30,090.46 payable in 4 installment to us. In case of acceptance of the settlement offered we request you to intimate us for further action.” What is the Gravity of the issue they realized so soon as within 5-6 months . Is it to hide all their above mistakes? If they do Business like this How is it going to benefit SBI? RBI, Ombudsman, Consumer Court etc. will they accept it as good Business acumenship ?
11. Though RBI under Section 6.3 Fair Practices in debt collection clearly warned SBI Cards not to adopt the such methods is adopting to recover the disputed claim amount as follows:-
a. In the matter of recovery of dues, banks should ensure that they, as also their agents, adhere to the extant instructions on Fair Practice Code for lenders (circular DBOD.Leg.No.BC.104/09.07.007/2002-03 dated May 5, 2003) as also BCSBI’s Code of Bank’s Commitment to Customers(those banks which have subscribed to the BCSBI Code). In case banks have their own code for collection of dues, they should, at the minimum, incorporate all the terms of BCSBI’s Code referred above.
b. IN PARTICULAR, IN REGARD TO APPOINTMENT OF THIRD PARTY AGENCIES FOR DEBT COLLECTION, IT IS ESSENTIAL THAT SUCH AGENTS REFRAIN FROM ACTION THAT COULD DAMAGE THE INTEGRITY AND REPUTATION OF THE BANK/NBFC AND THAT THEY OBSERVE STRICT CUSTOMER CONFIDENTIALITY. All letters issued by recovery agents must contain the name and address of a responsible senior officer of the card issuing bank whom the customer can contact at his location.
c. Banks /NBFCs / their agents should not resort to intimidation or harassment of any kind, either verbal or physical, against any person in their debt collection efforts, including acts intended to humiliate publicly or intrude the privacy of the credit card holders’ family members, referees and friends, making threatening and anonymous calls or making false and misleading representations.
12. Inspite of such warning by RBI, why SBI Cards has advised its recovery Section Staff to resort to such heinous methods for recovering the dues and as I am appealing this to a woman Chairman I do not want to repeat them here but giving below the text of the email sent to SBI Cards charge back and Nodal Officer on 12-8-2014 to SBI cards, though acknowledged through its Automatic Escalation Desk has not cared to reply and kept mum. So, silence speaks. It means they have accepted it as true. As a, woman whether you also support it? Instead of outsourcing your Reputed Banks wing to a low level Private Company it is Better you shut down that wing. By keeping silent they have accepted that the person is their staff, otherwise please let them answer how they have leaked my Office No., Due Amount etc. to outsider? My colleagues and my boss are witness for this incident.

So, I totally REJECT SBI Card’s demand for making payment of token amount as a precondition for CIBIL Cleanup (it has not mentioned any amount clearly) of the DISPUTED BILL and request you to direct SBI Card’s to reverse the transactions and clean up my CIBIL Rating and as SBI Cards is a subsidiary of State Bank of India you will be liable to compensate me for the loss of my health (as I am 59 and already suffering with BP & Diabetes resulting in glucoma operation, and other eye laser operation for which controlling BP is a must and consider my advanced age and think How much I might have suffered because of this incident ), having wasted my precious time (one year two months), expenses, financial loss, social boycot by colleagues, Relatives and friends, Loss of Social Status with colleagues and neighbors, as well as for the harassment by SBI cards recovery personnel with use of abusive language to my and my office head, mental anguish suffered by me for the fault of the bank and my the grievance has not been redressed in time. I request you to please compensate me suitably and sufficiently so as not to compel me to seek any other Legal body for help .

Our Comment The reader is a Victim and he has made his case clearly. I’m going to actively help him in this issue and hope to resolve it soon with an appeal to the RBI Banking Ombudsman.